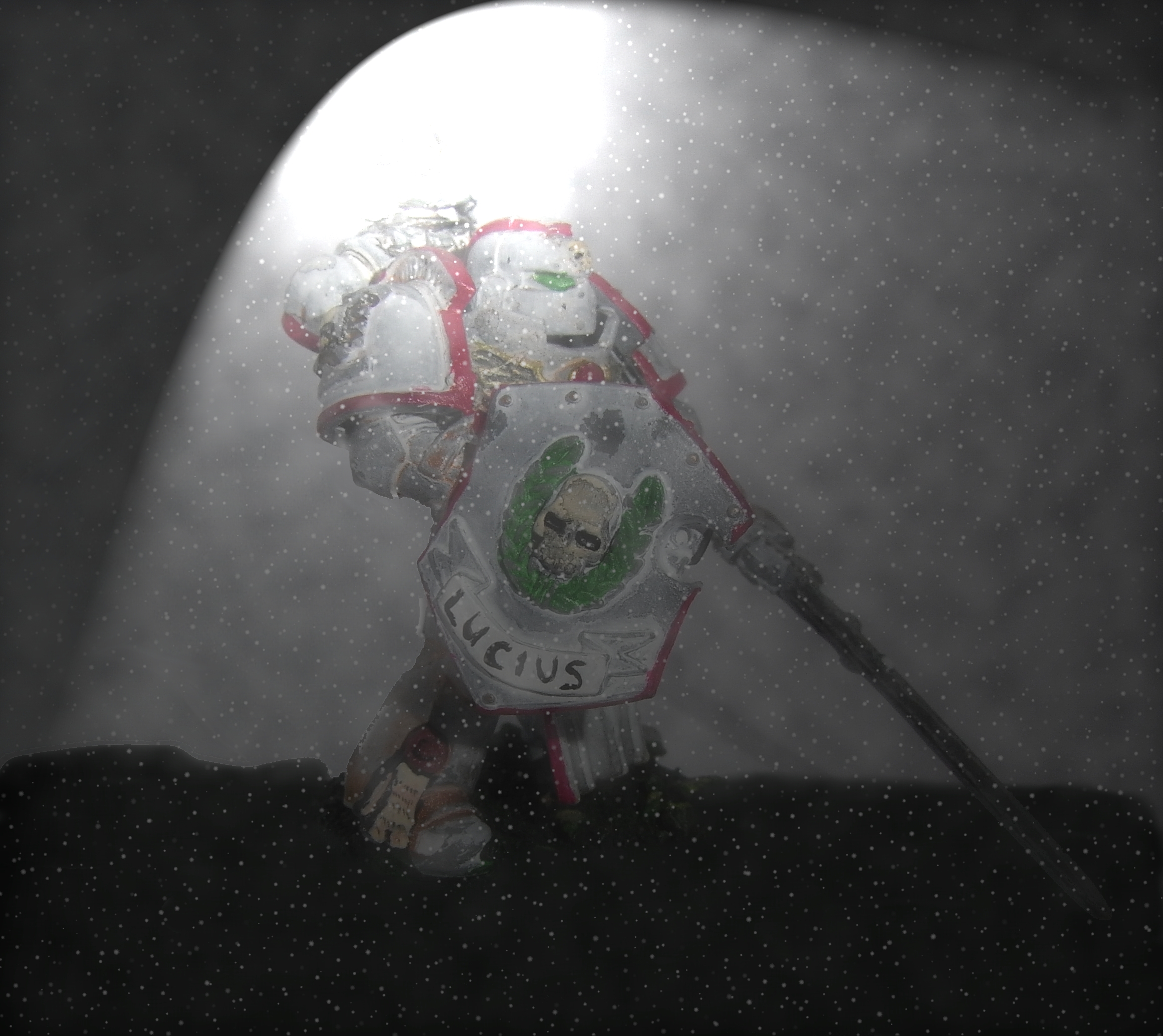 According to our contact person in the Administratum echelons the following is know about Inquisitor Lord Lucius Trivalens:

– The Inquisitor is a member of the Ordo Malleus and long time resident of the Ordo branch in the Gemstone Reaches. The list of his achievements give him a lot of freedoms within the framework of the Inquisition.

– Originally from a medieval world he was taken by the black ships but soon filtered out for his unbound and stable psyonic abilities.

– He visited many worlds in his hunt for daemons,  including Aquaria.

– He was the main inquistor leading the exorcism of demons from Aquahive 42, with his own hand he executed the cultist leader and the  changer of the ways using the leaders body.

– For a member of the Ordo he is considered to be a very open-minded, sociable and is considered borderline radical by members of other ordos for his tendency to focus only on demon hunting and being „to understanding“ towards witches, xenos and prescribed tech artifacts.

– He has a penchant for loneliness. Just as often as he is with retinue he also wanders alone.

– Because of his upbringing, Lucius is quite unpretentious but also has a taste for exquisite luxury.

– While being quite frugal he owns and uses only the most valuable of everything he needs, believing in the advantages of excellent workmanship. E.g. the monk’s robes in which he often dresses are simple but made of the finest material available. His artificer armour is containing martian technology from the dark ages and while his meals  are not excessive, they are always cooked with real food, prepared by a competent cook.

– He used a ship, the light Armatus cruiser JOY OF SERVICE, which he occasionally requisitioned from the sector navy. The bridge crew still speaks highly of his courage.

– Inquisitor Lucius is well known for Victor Extremis, even across the sector boundaries of the Reaches. Victor is a battle titan from the end of the dark age of technology. He recovered the Titan and made it operational again with the help of Mechanicus allies.

– It is also rumored that he has an extremely intimate relationship with Eldar, so caution is advised. His loyalty to the God Emperor is out of the question, but we all know how sneaky the Eldar can be.

– Before he became aware of Rausina, Lucius received the Mars Pattern Strikecruiser Swordmaiden, from the Adepts of Mars, as a gift for his help in pacifying the Forgeworld Betzoid XII.